Thomas J. Scanlon was born on Cleveland's West Side on March 25, 1938 to Thomas J. and Marie (Grady) Scanlon and, like many Clevelanders, traces his roots to County Mayo.  His Scanlon family has been in Cleveland since the 1870s, where they lived in the old “Irishtown Bend” area and Tremont.  A stained-glass window in St. Augustine Church still bears his family’s name.  Tom is married to Anita Scanlon; they have four daughters and many grandchildren.  His sister is a Notre Dame nun.

Tom lives in Westlake and is a member of St. Bernadette Parish.

Tom’s many civic and charitable affiliations reflect his Irish heritage such as leadership roles and memberships in;


Tom Scanlon has been affiliated with non-Irish organizations as well such as:


Tom has been honored by many organizations for his leadership and efforts, including:


In our Cleveland Irish community Tom has been instrumental in projects such as the Johnny Kilbane Sculpture located in Battery Park, The Cleveland Public Theatre W.B. Yeats Project; the presentation of Irish artist Brian Maguire and bringing the Irish Sopranos to Cleveland.  Tom has also supported just about every Irish organization and endeavor in Cleveland for many years, whether it is giving his time and expertise, sponsoring a table or taking a program ad, Tom has been there for all of us.

Tom has done remarkable work to promote the Cleveland St. Patrick’s Day Parade.  For over 35 years he and his law firm have sponsored a dignitary from Ireland to participate in the Parade.  Dignitaries have included Irish judges, renowned barristers, government ministers, members of the Irish Parliament and the Lord Mayor of Dublin.  He has helped to make the Cleveland St. Patrick’s Day Parade well known and respected in business, law and government all over Ireland.

Tom was also instrumental in the planning, organizing and publishing of The Day We Celebrate, the commemorative book detailing the 175-year history of the Cleveland St. Patrick’s Day Parade.  That project would not have happened without his steady hand and participation. 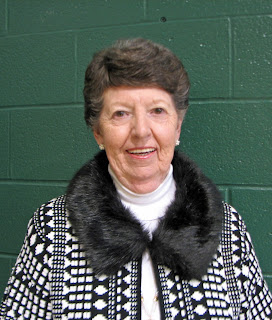 Kathleen is the oldest of 10 children born to Katie (nee O'Malley) and Peter Mulchrone from Buckagh, Newport, Co. Mayo, Ireland.  In 1961, at the age of 16, Kathleen immigrated to Cleveland and came to stay with her Aunt Bridget and Uncle Jim O'Boyle.  Far away from her home in Newport, Kathleen bravely embarked on her new life as a domestic for a family in Shaker Heights, Ohio.  Here she met friends and enjoyed learning about life in America.

The West Side Irish American Club (WSIA) was an important center of socialization and comfort for the young Irish of Cleveland.  Kathleen met her future husband, John "Con" Mangan (Dooagh, Achill, Co. Mayo) at the WSIA on Madison Avenue.  They married in 1966 at St. Rose Church.  Kathleen and Con are the proud parents of two sons: Michael (Sue) and John (Katie).  They are blessed with six grandchildren: Katie, Michael, Declan, Allie, Jack and Conor.

Preserving Irish culture and family life has always been important to Kathleen and Con.  Before she was widowed in 2004, Kathleen and Con travelled back to Ireland both as a couple and with their sons on many occasions.  One memorable journey involved the Achill-Cleveland twinning ceremony in 2003.  Both Kathleen and Con served on the committee to organize the event.  After Con's death, Kathleen continued to travel back to Ireland with her family.  She even had the opportunity to share her love and knowledge of Ireland with each of her six grandchildren during one very special holiday.

Kathleen worked for 33 years at Baldwin-Wallace University in the ID office.  After her retirement in 2012, Kathleen was able to broaden her involvement with the WSIA.  She is always ready to lend a hand in one of the many volunteer committees that are the heartbeat of the WSIA.  Kathleen has helped with the Claddagh Ball, Friday fish fries, annual clambake, weekly cleaning crew and countless other events at the WSIA.  In 2015, she was honored as the WSIA Woman of the Year.

Kathleen is a great supporter of all the Irish events in Cleveland, including the Mayo Society, Famine Mass and Irish Cultural Festival.  Furthermore, Kathleen has donated countless hours to charitable organizations.  Kathleen and Con both contributed their time and talent to Fr. McNulty's St. Augustine benefit.  More recently, Kathleen has devoted her time as a committee member for Fr. O'Donnell's annual benefit.

Kathleen has dedicated her life to her family and many Irish organizations.  Above all, Kathleen values faith, family and heritage.  Proudly, she shares her knowledge and love for Irish culture with all who know her.  With humility and selflessness, Kathleen serves her culture and family.  Kathleen is truly a beloved Irish Mother of the Year. 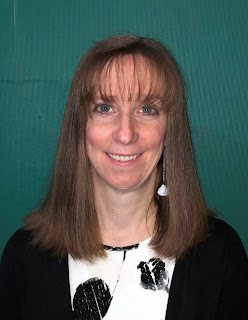 Maureen Mohney is the daughter of Patricia (nee Gill); significant other of Jimmy Campbell; has four siblings, Michael (Becky), Kathy (Bryan), Neil and Colleen (Mark); and five nieces and nephews, Erin, Sean, Patrick, Brian and Shannon.  Maureen is a lifelong resident of Cleveland’s West Park neighborhood and is a graduate of Our Lady of Angels, St. Joseph Academy and John Carroll University.

Maureen has been employed by the Catholic Diocese of Cleveland for 25 years!  She started at the Diocese while in high school, worked her way through college and accepted a full time position after graduation.  Most of Maureen’s career has been spent in the Information Technology Department.

Maureen has been involved and active in the Irish community for many years, attending various events all over town.  Maureen is a long time member of the Irish American Club – East Side, the West Side Irish American Club, Ladies Ancient Order of Hibernians Our Lady of the Rosary Division and St. Pat’s-St. Jarlath’s Gaelic Football Club, where many lasting friendships have been formed.

Maureen joined St. Pat’s Gaelic Football Club as a player in 2001 and held several board positions over the years.  In the years when Cleveland was unable to field a ladies team, Maureen and a few of the “Cleveland contingent” joined Detroit St. Anne’s to continue playing competitively and she was a key player in bringing home the first Ladies Gaelic Football National Championship to the Midwest Division in 2010!  In 2019, the St. Pat’s-St. Jarlath’s Gaelic Football Club officially resurrected the Cleveland Ladies team; where Maureen was chosen as team captain and honored as the 2019 Ladies Player of the Year.

Maureen joined the United Irish Societies in 2002 as a delegate for St. Pat’s Gaelic Football Club.  In 2016, Maureen was invited to become a Deputy Director and is currently serving as Recording Secretary, handles fundraising related to Guarantor Sashes and maintains the IT needs of the Committee. 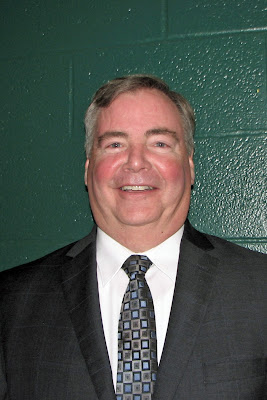 Christopher Cooper is a third generation Irish-American whose family members emigrated from Counties Mayo, Meath, Galway, Wexford and Cork.  He is the fourth of five children born to the late Robert and Anna Mae (nee Kane) Cooper.  Chris and his wife Kathleen (nee Campbell) are the proud parents of seven children and grandparents of 10.  Their children are Eileen Reed, Kathleen, Margaret Cavelli, Christopher Jr., Mary Clare Piascik, Michael and Patricia.  They are the grandparents of Catherine, Megan, Mary, Julia, John and Bernadette Reed; Annabella, Fiona and Vincent Cavelli; and Thomas Piascik.

Chris attended St. Anselm Grade School and graduated from St. Joseph High School.  He was a self-employed remodeler and then became a letter carrier for the U.S. Postal Service.  Later, he worked as a supervisor and manager and was appointed Postmaster of Novelty, OH in 2009.

Chris enjoys celebrating his heritage and sharing his skills in a variety of areas, encouraging family and friends to join in the projects too!  He has volunteered for the Greater Cleveland Feis Society for 20 years.  He first served four years as 1st Vice President and then 12 years as President from 2006-2018.  He was active in the Murphy Irish Arts Association and was recognized as Volunteer of the Year in 1999.  He then served four years as President for the Association.

A member of the Irish American Club – East Side, Chris can be seen enjoying traditional Irish social dances with his family.  He assisted with the Club’s Children Christmas Shows for over 10 years and is a committed volunteer on the clean-up days at the Irish Cultural Gardens.

Parish and school are also important to Chris.  For eight years, he was on the committee for the Holy Cross Parish fundraiser, Life on the Lake, serving as the chairperson for four years.  Chris and his family are members of Ss. Robert and William Parish in Euclid.  He is also active at the parish – he volunteers at the Ss. Robert and William Parish festival, plants and maintains the church flowerbeds and is also an usher.

In the community, Chris has been a trustee for the Shore Haven Club for over twenty years, serving as president for 15 years.  He helps maintain the club grounds and does needed repairs.  He also organizes events throughout the year to enhance and support his neighborhood.  He has also volunteered with the Euclid Lyric Guild, organizing fundraisers and presenting shows.

Closer to home, Chris and his family enjoy living in Euclid and celebrating their Irish heritage.  It is common for them to push back the furniture and dance in the living room.  If an accordion is handy, the music is live, but Irish CDs are always close at hand.

Chris is well deserving of this honor as he demonstrates his love of faith, family and culture every day of the year.


*Past Honoree Has Been Called Home